THE MOST FAMOUS MUSICIAN YOU'VE NEVER HEARD OF 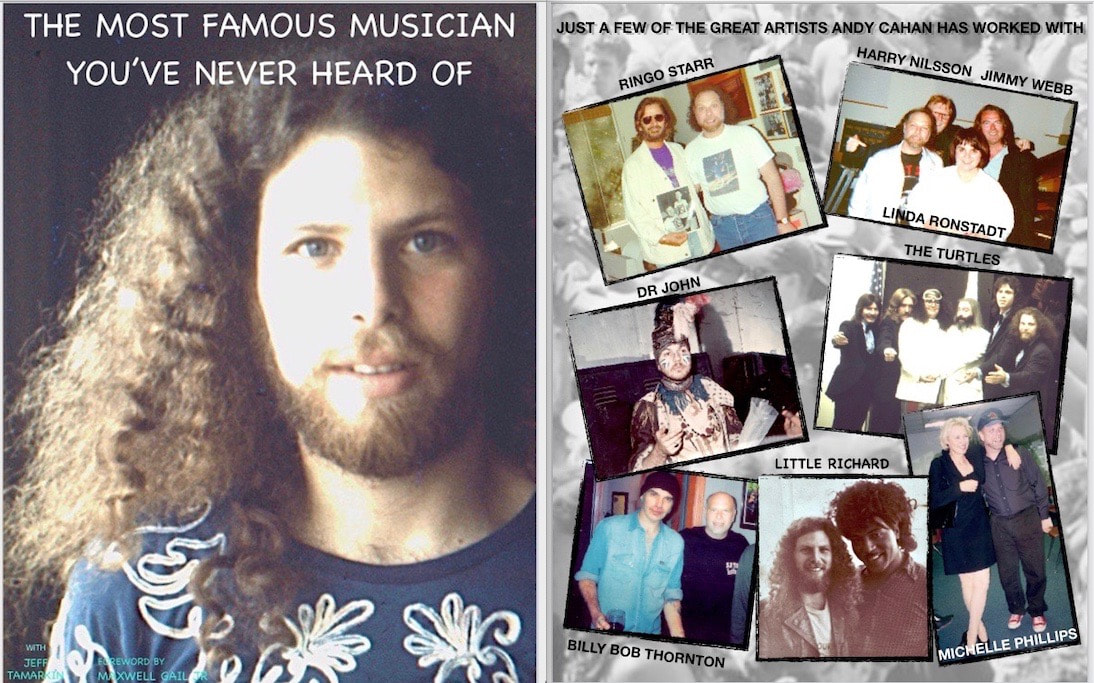 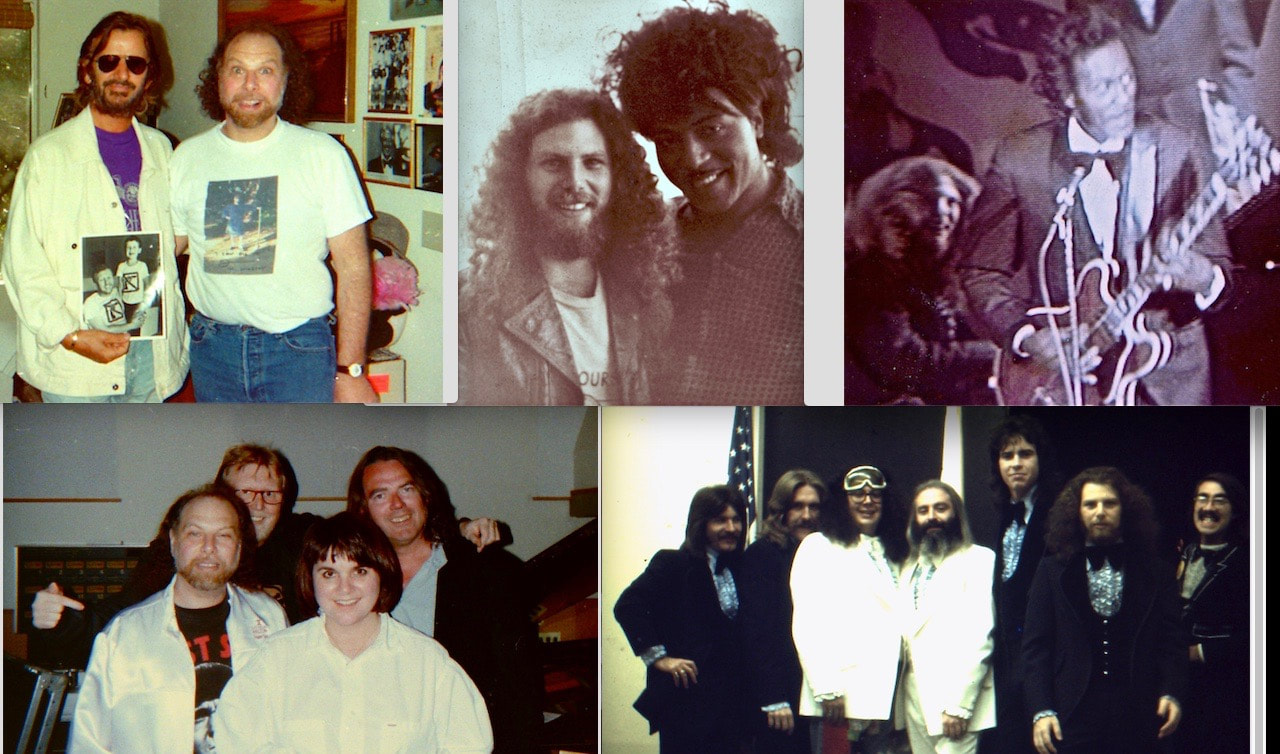 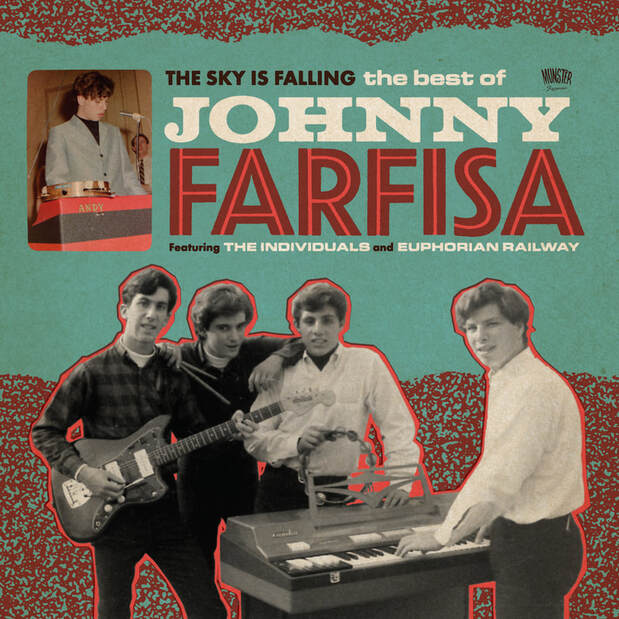 Growing up in the town of New Rochelle, New York, young Andy Cahan got his kicks making horror films using an 8mm movie camera and a Wollensak tape recorder. But Cahan was also a gifted piano player with a good musical ear. Like thousands of American kids, his life changed forever on February 9, 1964 – the day The Beatles debuted on the Ed Sullivan Show. "I was totally amazed at these four guys who could sing and play perfectly and had awesome haircuts, matching suits and very cool boots," he says.
His first surf band The Jaguars became The Tokays, named after a brand of sweet white Hungarian wine. The group started to play some of Andy's original material, inspired by The Beatles and other British invaders like The Zombies and The Dave Clark Five. One of those tracks, the plaintive minor-key ballad 'Where Young Lovers Go', is included here, a remarkably mature effort for a bunch of 17-year-old kids. "Reno Franze and Richie Struts were the lead singers, Sandy Reiner was on drums, Larry Kramer on guitar, and I played the grand piano and organ. There was no bass."
Soon after, Andy made an important change. "The Beatles all played guitars, so I had to either learn guitar or, since I already was a piano/organ player, emulate Mike Smith of The Dave Clark Five with his red Vox organ. That's when I traded my old Thomas organ for the new Farfisa Combo Compact red organ. After opening the factory package on the living room floor and setting it up, I immediately assumed the stance that Mike Smith had. I purchased Beatle boots, as did my band buddies, and we changed the name to The Individuals."
By this time Richie Struts had left the group. The Individuals worked hard and soon began making a name for themselves. "We rehearsed every day until we were so good that we won three separate Battle of the Bands contests in New Rochelle and other cities in Westchester County, New York." The group also found time to go into the studio in 1965 and 1966 to record demos – most of which can be heard on this album. The tough Farfisa-led garage rocker 'She's Gone Away' is one of the highlights. With its memorable guitar and organ hook and haunting vocal melody, 'I Don't Play' is one of the band’s strongest compositions from this period. In the studio they tried several different approaches, one with an overdubbed 12-string guitar, and another – designated the 'soul version' – with Reno doing a moody spoken vocal. Another standout is the hard-driving 'The Sky Is Falling'.
The Individuals broke up around 1967 when Larry Kramer elected to go to college rather than pursue music full-time. Andy, Sandy and Reno reconfigured as The Boys in Dutch, adding Jerry Delesio on guitar, and gigged across the New York area throughout 1967. After that band ran its course, Andy decided to start a new project, Euphorian Railway, with Reno on lead vocals, Vinny Derminity on guitar and vocals, Ken Lennington on bass and vocals, and Frank McConville on drums.
Euphorian Railway went into the studio in March 1968 and in one five-hour session cut an album's worth of original material. Five tracks are featured here, including a powerful remake of 'The Sky Is Falling', along with dynamic new material like 'She Showed Me'. The influence of The Rascals is strong, especially in Reno's impassioned Eddie Brigati-like vocals, but Cahan's electric harpsichord provides some distinctive touches, especially on the psychedelically-inclined 'On My Way To The Sun'.
The band was short-lived. In the summer of 1968 Cahan relocated to Los Angeles, where he quickly made a name for himself as a keyboard player and arranger, working with such people as Graham Bond, Dr John, Chuck Berry, Little Richard, Harry Nilsson and Flo & Eddie of The Turtles. He was also a founding member of Geronimo Black, along with ex-Mothers Jimmy Carl Black, Denny Walley and Bunk and Buzz Gardner, and one-time Love member Tjay Contrelli.
As for his Johnny Farfisa alias, that originated with David Gibson of Moxie Records, who in 1980 released a seven-inch EP of The Individuals’ mid-60s recordings titled "Johnny Farfisa's Greatest Hits": "He was the one who gave me the name Johnny Farfisa from the idea of combining Johnny Rotten and my Farfisa organ!".

Andy Cahan is the one of the most entertaining storytellers in the world today! A professional musician, Andy was a member of the hit band, The Turtles.  Andy’s own songwriting created hits and a loyal fan base worldwide, especially in Europe, with the album, Johnny Farfisa’s Greatest Hits.  But today, Andy’s true claim to fame is his storytelling and unbelievable behind-the-scenes accounts with some of the most famous celebrities in the world!

Now for hire as a professional speaker, worldwide, you can benefit by the ‘Andy Cahan Experience.’ Be uplifted, entertained, and transported in time with Andy’s hilarious and jaw-dropping true stories of being on the road in the music industry, including his days with Jimmy Hendrix and Ringo Starr! Andy’s piano playing and his band will move you with some of the best hits of our time.

​Andy Cahan is one of the most engaging storytellers I know. He has a full spectrum curiosity, a generous humility, great talent and an adventurous spirit. It’s easy to understand why he has had so many wonderful friendships and collaborations with so many iconic creatives of our generation. Touching, insightful, funny and fun, Andy finds common ground wherever he goes and shares it.
Max Gail:​  www.imdb.com/name/nm0301178/#actor

​As the founder and chief curator of speakers for the Composers Breakfast Club of Malibu, I can attest that Andy Cahan is a fantastic booking for anyone seeking a colorful storyteller with a deeply interesting personal history to call upon. Our group of 70-80 creative humans gathers every Monday morning to nosh and learn from exalted people from all walks of life. Past speakers have included Nolan Bushnell (founder of both Atari and Chuck E. Cheese and largely acknowledged as the godfather of the video game industry), Flea (Red Hot Chili Peppers bassist, actor, and founder of the Silverlake Conservatory), Mike Paul Hughes (one of the top astronautical engineers at JPL and NASA), Peter Asher (of Peter and Gordon fame and manager and producer for James Taylor, Linda Ronstadt) and tons more. Everyone loved Andy’s tales of the Turtles, Jimi Hendrix, the Beatles and life back in their heyday and his observations about being a musician today. I highly recommend you engage him, as would anyone who was in attendance the morning he regaled us!
Richard Gibbs: www.imdb.com/name/nm0006099/?ref_=fn_al_nm_1